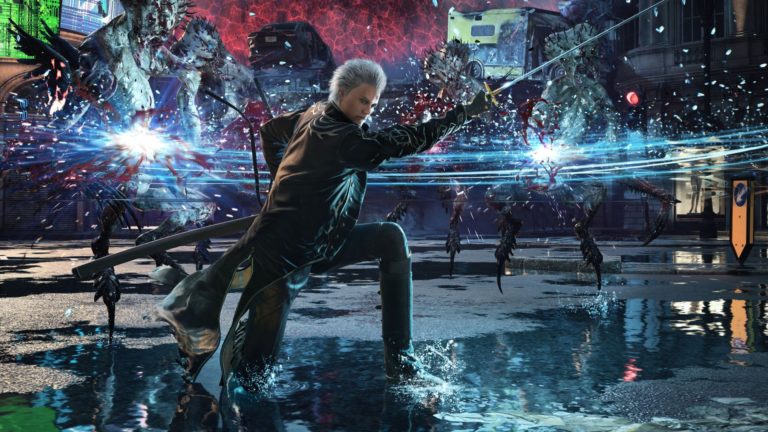 Among the many titles coming to Xbox Series X/S and PS5 at launch is Capcom’s Devil May Cry 5: Special Edition. It’s packed full of new modes and features, prominent among them being Vergil who’s now playable. Check out his various moves in the trailer below. Beware though – there are other potential spoilers for those who haven’t played the game.

Of course, that’s not all one can expect as the Special Edition introduces Turbo Mode and Legendary Dark Knight Mode. The former increases the game’s speed for even more frantic action while the latter ups the enemy count tenfold. Along with 120 frames per second support, players can also expect ray-tracing to be implemented (though Xbox Series X players will have to wait for it to arrive in a post-launch update).

Devil May Cry 5: Special Edition is out digitally on Xbox Series X/S tomorrow while PS5 gets it on November 12th. A physical version launches on December 1st while Vergil will be available as $5 DLC for Xbox One, PS4 and PC owners on December 15th.