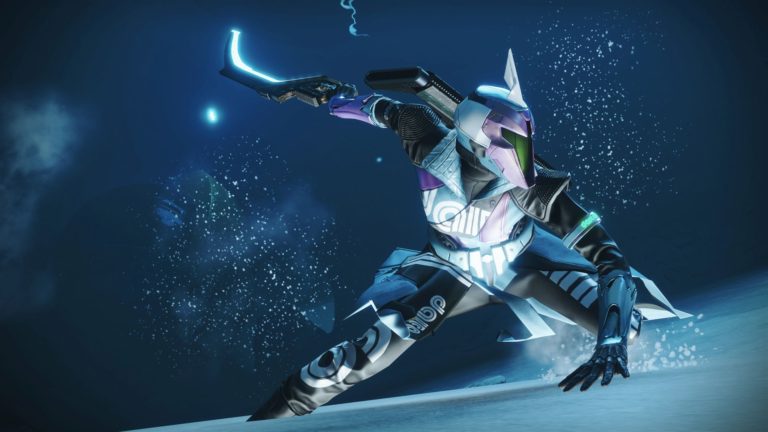 Where do you get Umbral Engrams? Well, from pretty much anywhere. They’ll drop in the open world, from completing the Contact Public Event on Heroic, Nightfall: The Ordeal, regular Strikes, Crucible, Gambit and so on. Leveling up the Prismatic Recaster also grants an Umbral Engram. You’ll also receive some from certain seasonal ranks.

How to Get Trace Overrides

Get use to the Prismatic Recaster this season – it helps to focus Umbral Engrams into specific loot pools. For example, if you want Pyramid-focused weapons and armor, simply focus your Umbral Engrams into those. You’ll need Altered Element for each Focused Umbral so make your choices wisely.

As you dump Twisted Energy into the Prismatic Recaster, you’ll rank up and unlock the ability to purchase Trace Overrides. There are only a limited number each week but these allow for focusing Umbral Engrams further. Essentially, you’ll have two options – Improved Arsenal Focusing to narrow down specific weapons that you want and Improved Armor Focusing to narrow down specific stats that you’d want. Along with a Trace Override, Altered Element is also required for this process.

Unfortunately, to unlock Improved Arsenal Focusing and Improved Armor Focusing, you need to level up the season pass to rank 32 and rank 72 respectively. So get on that grind.

One of the cooler new additions this season is the Exotic Catalyst for Trinity Ghoul. This Catalyst will modify the bow to activate its perk Lightning Rod for all Arc weapons (and abilities) on the player. Furthermore, it improves stats like draw time, thus making for an incredible add-clearing weapon. Obtaining the Catalyst is pretty easy – simply play Strikes, Gambit matches or any other activities. The Catalyst seems to drop pretty much anywhere and if you haven’t received it, just keep playing.

In order to use the Catalyst, you’ll need to kill 400 enemies with Trinity Ghoul. Head into “The Whisper” mission on Io where enemies constantly respawn or simply warp to Shuro-Chi in The Last Wish raid and just keep killing foes until its unlocked.
You must log in or register to reply here.