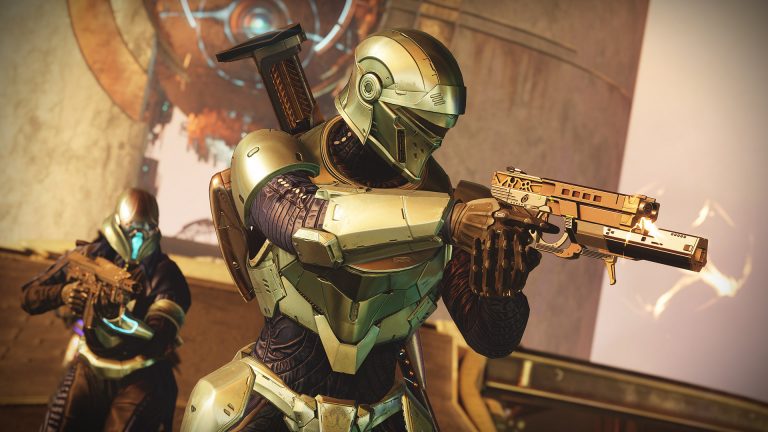 A new Exotic quest is available in Destiny 2 as part of the Season of Dawn. Released recently, the quest allows one to earn a new Exotic sidearm called Devil’s Ruin. This sidearm fires normally and also unleashes a beam of energy as its alternate firing mode. Fortunately, you won’t have to jump through hoops to earn it.

Simply head over to the the Sundial on Mercury (completing Legendary mode isn’t required) and complete a run. After this, the Devil’s Ruin frame should appear at the top as a reward. Now go back to the Tower and speak to Saint-14. You’ll be directed to a mission in the European Dead Zone to locate 10 Timelost Fragments.

These fragments must be located on the Twilight Gap map. There no enemies to kill and you’re mostly listening to conversations between Saint-14 and the cast so take your time. Once the fragments are collected, the Devil’s Ruin is yours (along with the pleasure of hearing Shaxx sing if you stick around long enough).
You must log in or register to reply here.
Share:
Facebook Twitter Reddit Pinterest Tumblr WhatsApp Email Link