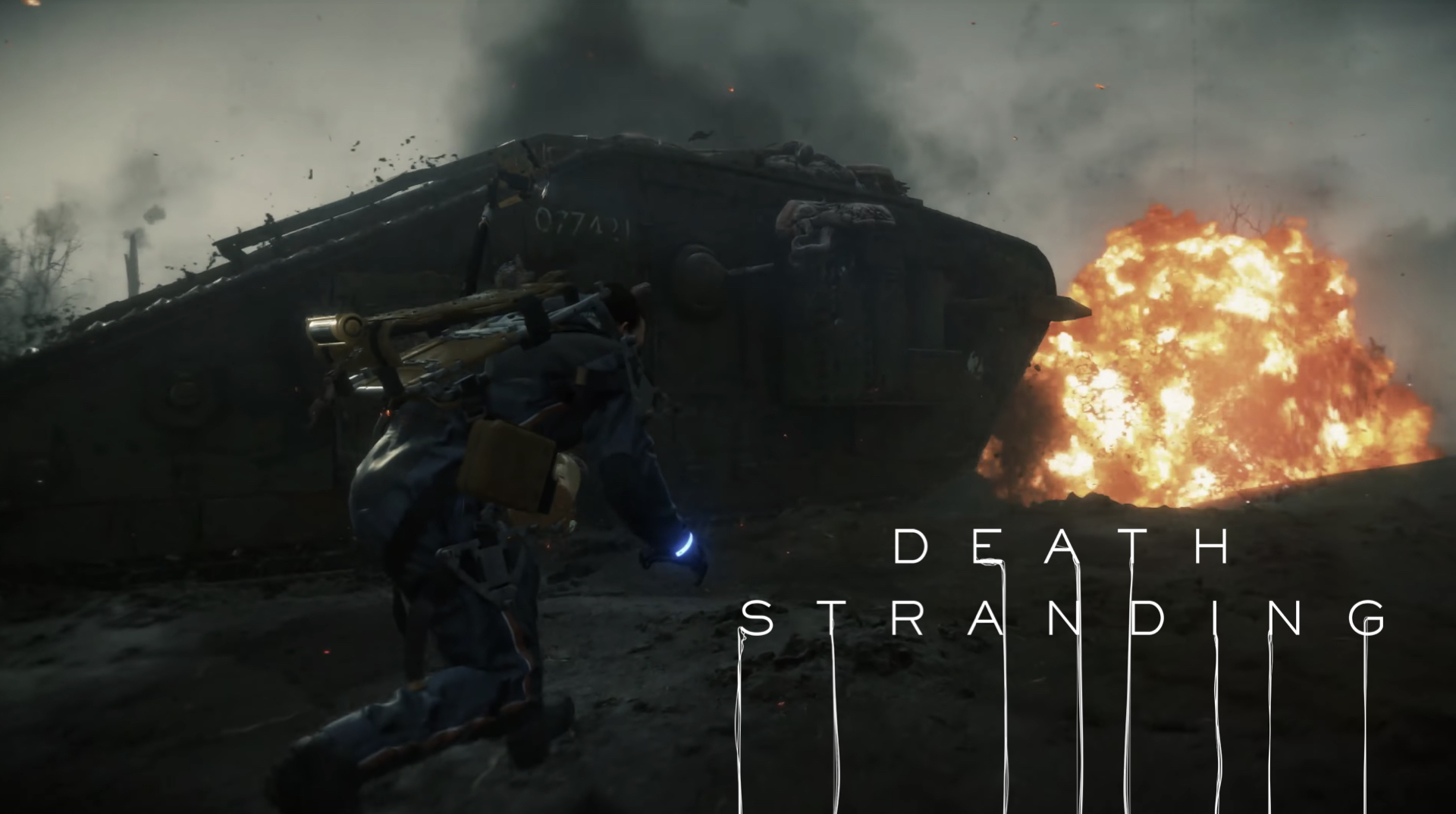 Hideo Kojima was on-stage during Gamescom Opening Night Live for a solid 20 minutes, and he showed some new stuff from his highly anticipated game, Death Stranding, as promised. To start off, he showed two new character introduction trailers in vein of the one for Heartman that was revealed not too long ago- this time for Mama (played by Margaret Qualley) and Deadman (played by Guillermo del Toro).

Mama, as it turns out, has a daughter who was actually born on “the other side”- which means that the baby is a BT herself, and is connected to Mama through a ghostly umbilical cord. Thanks to this, Mama is physically stranded in one location- it’s all suitably weird. Meanwhile, the trailer focusing on Deadman revels a whole lot about how Bridge Babies even work, and hints at some interesting questions about their place in the game’s world, how the characters view them, and what Sam’s relationship with his own BB is going to be like.

Finally, Kojima also revealed a little bit of gameplay- though it’s not the sort of reveal we’d all been expecting. The footage starts off with Sam taking a nap in the middle of a lush, green environment. He then wakes up, and proceeds to urinate – which, as it turns out, is actually going to be a mechanic in the game. An indicator on the screen shows how much urine is still left in Sam’s bladder, and when Sam is done, a mushroom grows where he was doing his business.

After that, Sam is shown walking around and traversing a cliff in the environment using his extendable ladder. He reaches a terminal, where he drops a delivery, has a conversation with an NPC’s hologram (who has the likeness of Geoff Keighley, by the way), at which point, we also get a look at the game’s world map, and indicators of places where Sam has made deliveries and thus connected more places. There’s even some interaction with the BB, as it begins crying after Sam takes a fall, and then proceeds to soothe it to make it stop crying.

You can take a look at all of it below. Kojima also confirmed that Death Stranding is still in “crunch time” of development and is in its final stages of production. There are also more cameos in the game that are yet to be revealed. Finally, Kojima promised that more gameplay will be revealed at TGS next month.

Death Stranding is out on November 8 for the PS4.