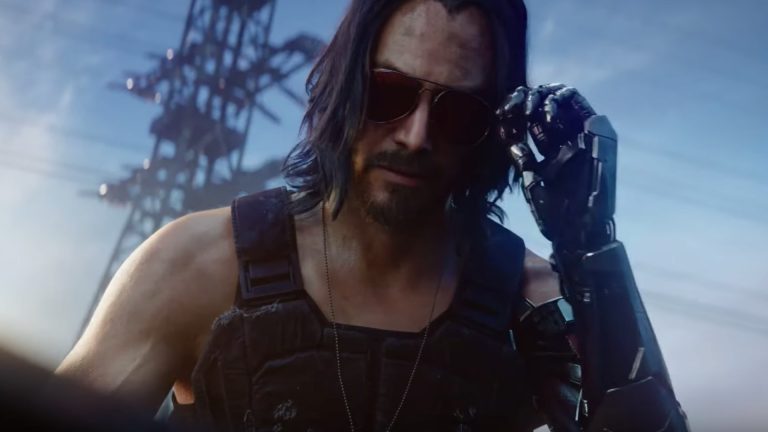 New gameplay for Cyberpunk 2077 released yesterday in the latest episode of Night City Wire. One of the trailers focused on Johnny Silverhand, the legendary rocker played by Keanu Reeves and offered a bit more perspective on his role. Check it out below.

As a “ghost”, Silverhand essentially functions like a second protagonist, as opposed to a minor character. Even more interesting is that on top of having conversations with Silverhand, V will also experience his memories. This provides a bit more context on Johnny’s previous life (and a possible look at his downfall during the Fourth Corporate War).

A few shots of a crowd seemingly instigating a riot while police responded with suppression could also be seen. Perhaps this is a flashback to Johnny’s assault on Arasaka to rescue his girlfriend Alt Cunningham (before she fell victim to the Soulkiller program). Or perhaps it’s an event in the present day. We’ll find out in the coming weeks as Cyberpunk 2077 looks to release on December 10th for Xbox One, PS4, PC and Google Stadia.