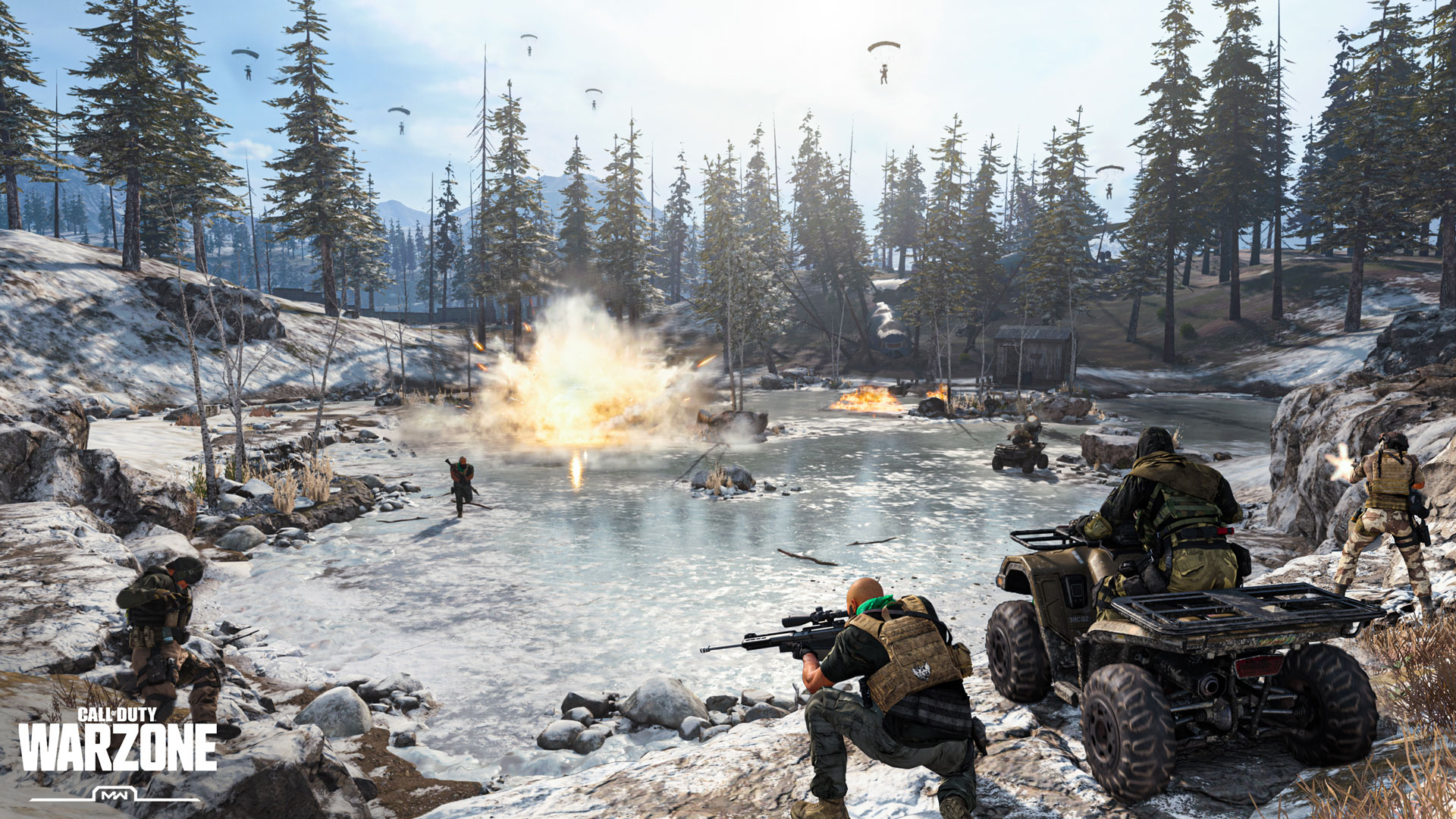 Modern Warfare Royale
Right off the gate, players of Call of Duty: Modern Warfare will instantly feel at home, since the battle royale game is based on Modern Warfare completely. Expect the same controls (save a thing or two), same weapons, perks, and more. Now, for those who’ve yet to play Modern Warfare multiplayer, you should be right at home with Warzone’s controls given it follows the standard first-person shooter controls people are used to. If not, there’s a mandatory tutorial level (nice touch by Infinity Ward to ensure players know the basics), that’s required to be finished before you can play your first match.

This familiarity works in Warzone’s favor, as there’s no hero abilities to learn, no bulding mechanic to intimidate newcomers, or any of the sort. All you need to do is find guns, cash and shoot enemies. That’s it! Plain and simple. Guns themselves are taken from Modern Warfare and behave the same way, and are based on real-world counterparts, so those familiar with past Call of Duty or military shooters, you’ll already know what to expect from most of the guns — again, which works in the game’s favor.

Bringing Something New to the Gunfight…
What separates Warzone from most of the battle royale pack is Infinity Ward’s innovations or fresh takes on the genre’s mechanics. While Apex Legends might have introduced “respawns” in battle royale, Infinity Ward ups the ante by having players compete for their chance to come back in a match by participating in a Gunfight round in the Gulag. Win and you go back (only one chance to do this per match); lose, and you’re out.

That’s not just the new thing the studio introduced though. Scattered throughout the map are buy stations which provide self-revive stim shots, weapons, killstreak rewards, and even teammate respawns. This is another welcome twist that adds a layer of freshness to Warzone. Not only are you looting enemy corpses for new weapons and equipment, but you’ll want to collect as much in-game cash as possible to be able to buy back teammates, stim shots, and every advantage you can get to emerge victorious.

For those concerned about killstreak rewards being in a battle royale game, don’t be. There’s just a handle of these available and are quite expensive to obtain. While the UAV might be useful, players will need to decide which items to buy, and I see people prioritizing self-revive stim shots more than these items — and with good reason. And don’t forget, you’ll want extra cash ready just in case you want to buy back teammates as well.


Shoot-‘Em-Up!
Possibly one of the best decisions Infinity Ward has made in Warzone is to have players spawn in with a pistol. Don’t you hate it that when you drop in a battle royale game and somebody beats you in getting any weapon and you’re left a sitting duck just waiting to be killed? In Warzone, you can at least shoot back. This might seem like a small change, but it removes a layer of frustration of getting killed the moment a match starts because you didn’t even have any weapon to fight back.

Speaking of weapons, the guns and gunplay in Warzone feel just like they do in Modern Warfare, which means they’re tight and responsive. Guns fire the way you expect them to, and barring any connection issues, you’ll win — and lose — gunfights based on your own skill in firing weapons, and tactics, not just because you’re going up against another player that has a character that counters yours. You have equipment to round out the guns in the mode, and they behave exactly like they do in Modern Warfare. This is where sound decision making and familiarity kicks in: do you get the claymore in order to cover your back/ground, or do you get frag grendes to easily clear out rooms? Each match requires different decisions, which keeps things fresh.

Arcade Lootin’
For better or for worse, Warzone doesn’t prioritize looting like in other battle royale games. In Warzone, if you buy your loadout (which you can configure before a match), or find a weapon you’re familiar with, you can mop up even against those who have legendary loot. This works both ways as well. If you get a legendary weapon that’s all kitted out, but you’re more familiar with how your current weapon behaves, you might want to stick with what you’re familiar with.

The upside here is, players don’t need to act like headless chickens when they see every building just to find better gear. They can focus on staying alive, and taking out enemies. Of course, if you’re someone who enjoys finding the best loot and killing everyone with the best weapon, you might not favor this set up.

On the subject of loot, Infinity Ward has made it so that players don’t even need to enter buildings and structures to know if a particularly good set of items are inside, as there’s an audible cue that can be heard if you’re near an unopened loot chest. This saves people the time of having to loot every house and building, and just focus on taking out enemies and winning. Of course, you can still sweep every building for loot, but it’s not as important as in past battle royale games.

This is where I feel Warzone is at its best: it offers the battle royale experience but in arcade form. No, that doesn’t mean it’s not a deep multiplayer experience. Rather, it distills the “un-fun” parts out such as the endless lootting, checking of every house, and lets players focus on the most important thing and that’s suriving to win.

Having said that though, the game does feel empty sometimes even if there’s 150 players in a match. It’s possibly due to how big the entire map is, though shrinking it down might make the experience feel more chaotic than fun.

It’s War!
Warzone is roping in players left and right, and with good reason. Not only does it feel like a complete Call of Duty game set in battle royale rules, but it’s free, too. Aside from that though, I have a hunch that it’s Infinity Ward’s no-frills, trimming-the-fat approach to the genre that has players hooked. You don’t need to read and learn every little bit of info about the game in order to do well, your wits and skills are enough to carry you deep into the 150-player matches, and that’s what makes it fun.

While there’s no saying how Warzone’s longevity will stand up in the long run, I wouldn’t be surprised if it stays on and fights tooth and nail with Fortnite and Apex Legends as king of the hill. It’s that good, and best of all, it’s free!