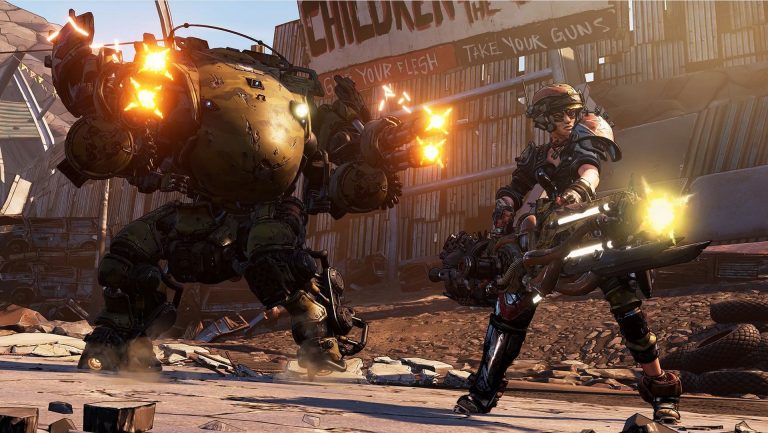 Every Vault Hunter has seen their share of nerfs since Borderlands 3 released – except for Zane, who got some much needed buffs. Gearbox Software isn’t done yet though. Its latest hotfix makes some adjustments to FL4K, actually buffing a few of his skills, while Moze sees a significant nerf.


More importantly, the hotfix ensures that Hollow Point, a skill earned via Guardian Ranks, no longer hurts allies. The skill has now been re-enabled so enjoy your explosions accordingly. As for FL4K, his Rakk Attack! status chance has increased to 100 percent while Barbaric Yawp’s stat bonus has also been increased by 100 percent.


More importantly, pets will no longer push characters around. As for Moze, her Means of Destruction skill now has a delay of 2 seconds before it re-triggers. This means you can no longer spam grenades infinitely. It doesn’t make these builds outright useless but there’s definitely less spam now. Check out some of the patch notes below for other changes

VAULT HUNTER ADJUSTMENTS
FL4K
Developer notes: Rakk Attack! is great for constant damage output, especially when paired with Anointed gear. The base skill still seems to be lacking, so Rakk Attack! now has a guaranteed status effect on any enemy that it damages. Leave No Trace was returning much more ammo than intended, and we have added a re-trigger delay to keep its ammo return within expectation. Barbaric Yawp has an increased bonus, as we didn’t feel that the amount of investment had an equal payoff. In addition, we felt that FL4K’s pets were demanding too much attention, which was interfering with players trying to stand still for any length of time, so we disabled the ability for them to move you around.
Moze
Developer notes: Infinite Grenades is not an intentional build for Moze—even if it is hilarious. To lower the power (and spam) of this build, a re-trigger delay has been added to the grenade portion of Means of Destruction.