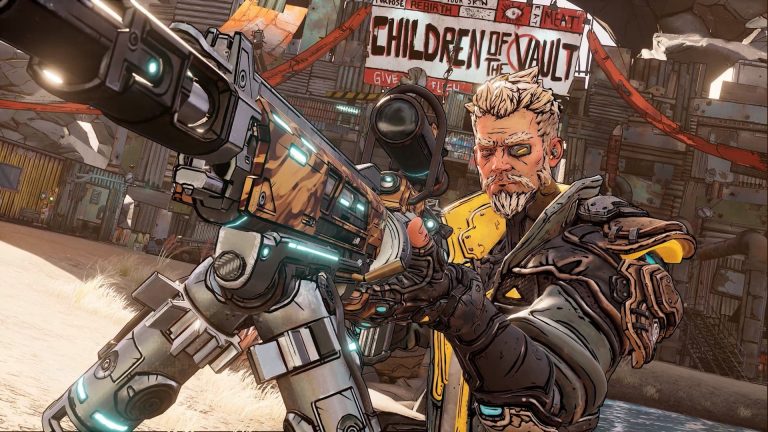 One of the great things about Borderlands has always been how it seems to find the perfect balance between its co-op and solo elements. Though the Borderlands games have always put a heavy emphasis on co-op, they’re also titles that one can have a great time playing all by their lonesome. With its long, meaty campaign, it definitely looks like Borderlands 3 will have plenty of content that can be enjoyed solo, but developers Gearbox Software are also making sure to kick things up a notch as far as co-op gameplay and its social elements are concerned.

Gearbox Software senior producer Anthony Nicholson got to talking about Borderlands 3’s co-op elements. As per Nicholson, Gearbox have implemented several features and mechanics that make Borderlands 3 a better co-op experience than prior titles in the series, such as the ability to share items and gear with other players, or through its dynamic missions system, called Rare Spawns.

“Borderlands at its core has always been a co-op experience,” said Nicholson. “We really wanted people to engage with their friends or play with people online. We have couch co-op. We still have that in Borderlands 3 because it’s been important since day one in the franchise. There’s a multitude of ways in the new entry we are allowing people to send items through the mail system. So if you find something really cool or you find something that you know a friend of yours might enjoy, you can send it to them. There’s also dynamic missions that we called the Rare Spawns at the bounty board that you can go to in Sanctuary 3, our hub.

“Now our friend may have seen [a specific] type of enemy in the game, and it will pop it into our game with dynamic missions,” he continued. “So now we can go on the hunt. These are some of the ways that we’re nudging, showing them that there’s a larger community out there. I personally enjoy playing solo, and I know players that do. But we want to show that there’s other people out there. We got to look at the vending machine. In the past those have always been just populated by the system. Now I can go in my own solo game and see one of my friend’s items from my friends list because they sold it in there. We wanted to make this the best co-op experience possible, even when you’re playing alone.”

In the same interview, Nicholson also spoke to us about Borderlands 3’s combat, its tighter AI, and how the game offers greater options during gunfights to players rather than just presenting shooting galleries.