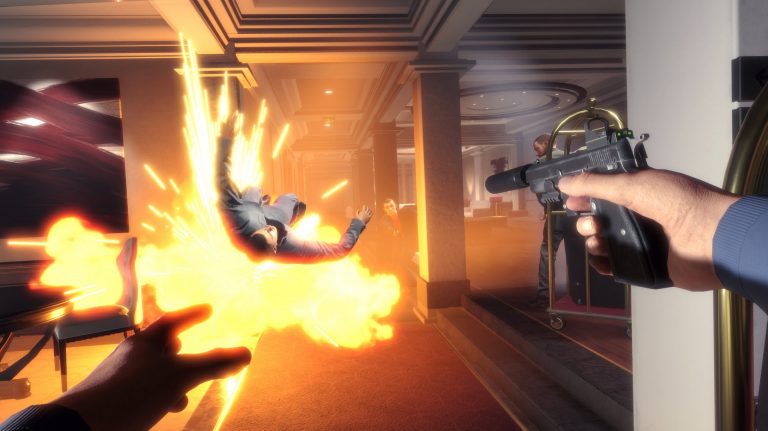 Blood and Truth has probably been the best game to hit PSVR in 2019, and fans and critics alike clearly took a liking to its high octane action and its blockbuster set-piece-filled campaign. Now, developers SIE London Studio have put out a new free update for the first person shooter that brings some new features, described in detail over at the official PlayStation blog.

Most notably, the update adds a New Game Plus mode, allowing players to restart the campaign and play with all previously unlocked weapons, mods, and skills. Leaderboards have also been added to the game, allowing players to compare their scores for each mission against other players across the globe. There’s even an option for you to filter scores based on just the previous week.

Meanwhile, the game also sees new challenges being added, pertaining to a variety of weapons. These are the pump action shotgun, dual SMGs, dual sawed-off shotguns, the 9mm pistol, and the assault rifle. SIE London Studio also promises that more free updates will be coming for the game soon.