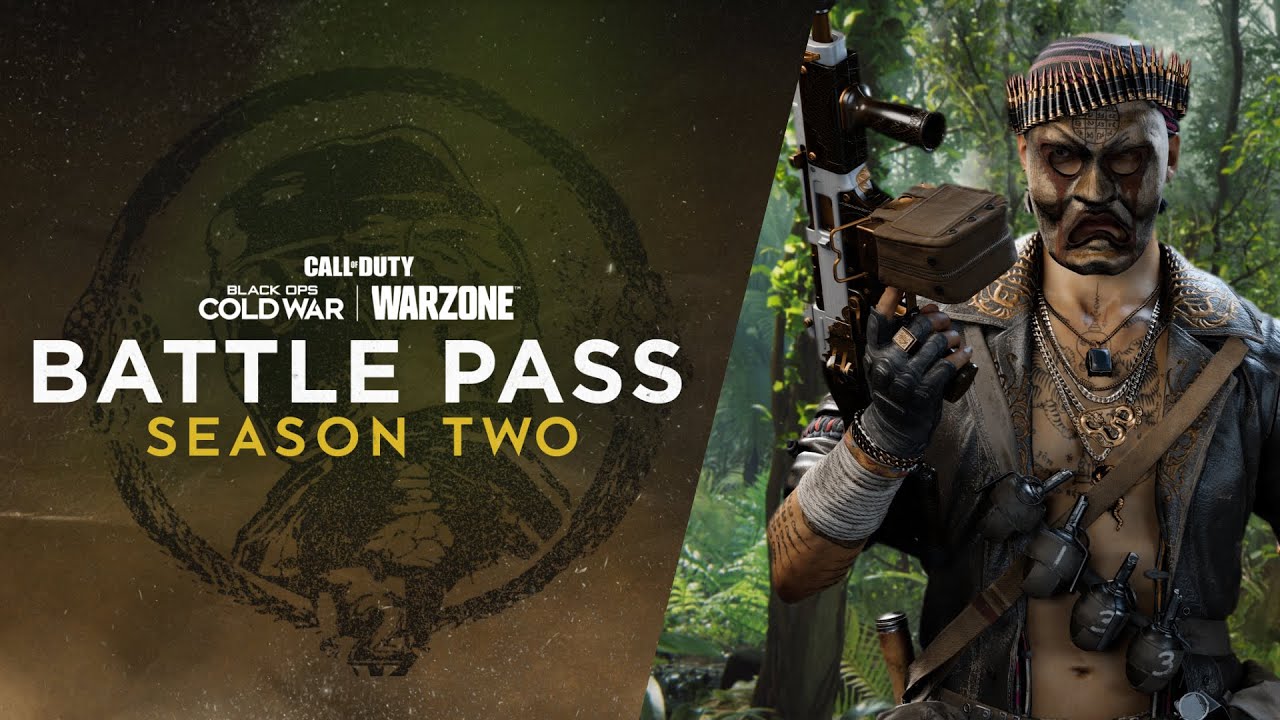 
Aside from the trailer, there’s also a breakdown and overview of the Battle Pass.

Tier 0 – Instantly Unlock Naga, Skins for Park, and More
New Operator – Naga: The Laos-born ex-warlord whose supply lines made him an ally of Perseus, Naga is prepared to show off his brutality within Black Ops Cold War and Warzone after he is unlocked at Tier 0. This unlock comes with his “Viper” Operator Skin, a combat uniform he wears while tracking his eventual prey like the slithering beast whose maw inspires his bandana.
Complete Naga’s Operator Missions to receive XP rewards, cosmetic items for your player profile, and four additional Legendary skins: “Cobalt,” “Ashen Scale,” “Crimson Code,” and “Rattlesnake,” each inspired by another deadly snake that is as lethal as this ruthless Operator.
Click to expand...

Park Operator Skin and Mission: As NATO prepares to comb through the Golden Triangle for Adler and Nova 6, Park gets herself prepared for the harsh tropical conditions with her “Survivor” Skin. This unlock also comes with an Operator Mission. Complete all four of its objectives to earn the “Autumn” skin that’s fit for the fall bloom, the “Solstice” Skin with red and white accents, an Emblem, a Calling Card, and additional XP.
Click to expand...

Wellington Safari Watch: Chart a course for victory with this practical, yet stylish aviator timepiece, instantly unlocked at Tier 0. You’ll never lose track of time in uncharted territory thanks to this watch being synched to the real-world clock, though you may still want to keep track of those squadmates if you want to get out alive.
Seasonal XP Boost: Purchase the Season Two Battle Pass and enjoy a 10% increase in all XP earned during the season.
Click to expand...

The Season Two Battle Pass marks the continued evolution of this collection of content with the “Vulture Exo,” an Ultra-rarity Reactive Weapon Blueprint.
Click to expand...

A concept first introduced in Call of Duty: Black Ops 4, this Reactive property lets Operators display their skill in real-time by evolving their weapon’s appearance with kills during a match. For example, the “Vulture Exo” pulsates a green energy across the skeleton of a bird that wraps around the entire weapon. As an Operator earns kills, this energy shifts from blue to orange and eventually red, signifying how much of a hot hand they have in the match.
Click to expand...

Tier 100 – A War Chest of Rewards for Battle Pass Completion:

Fit for the most fearsome Operators, the spoils of Tier 100 are truly Legendary:
Click to expand...

“Warlord” Naga Skin and Operator Mission: This combination of a ceremonial mask and a gold-trimmed leather jacket signifies Naga’s career as a most-wanted warlord. Strike terror into your opposition with this skin, and complete the included Operator Mission to unlock two more – the red “River Wraith” and the tiger-inspired “Rare Breed” – among other rewards.
Click to expand...

“Poison Dart” Legendary SMG Blueprint: Based on the new SMG within the Season Two Battle Pass, the “Poison Dart” Blueprint comes with five attachments that make the weapon as swift and silent as the amphibian it bases its design on. This includes the Vandal Speed Loader, which brings the weapon’s reload speeds down to just over a second.
Click to expand...

There’s also the COD Points included in every Battle Pass! Complete this season’s Battle Pass and you’ll have enough to buy the next one!
Speaking of Battle Passes, MP1st has a few surprises in store for that soon.
Source: Call of Duty
Click to expand...