Battlefield 2042 Multiplayer Maps Detailed, Including the New Largest Map in the Series 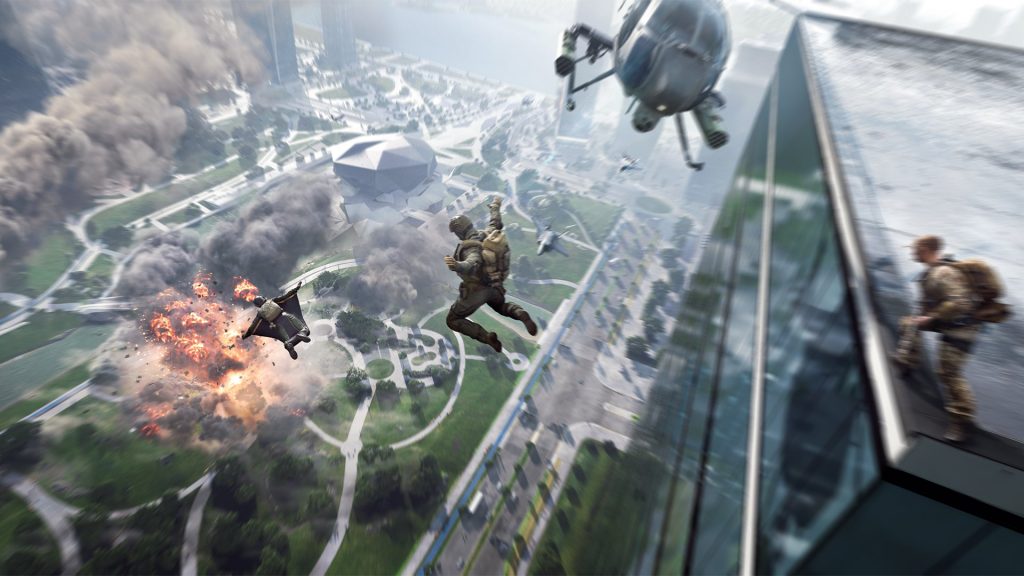 Each map supports 128 players on current-gen consoles with locations ranging from Antarctica to South Korea and Singapore.​

EA and DICE have finally taken the covers off of Battlefield 2042 and revealed a $70 title on Xbox Series X/S and PS5 with no battle royale or single-player campaign. Multiplayer is bigger than ever though with up to 128 players on PC and current-gen consoles. With seven maps available at launch, what can series fans expect?

Design director Daniel Berlin held a deep dive with GamesRadar to reveal all of the juicy details. There’s “Breakaway”, which is set in Antarctica and the biggest map in the series’ history at 5.9 square kilometers with its tundras and mountain ranges. Berlin describes one of his favorite areas on the map, the “Outlook”: “It’s the perfect wingsuit launch position. It brings me back to that moment on Damavand Peak from Battlefield 3; you jump off a massive mountain and dive towards the industrial buildings below. Quite simply in terms of gameplay opportunities and pure landmass, this is the biggest and most sandbox-enabling battlefield that we have ever built.”

“Kaleidoscope” is the smallest map in the game and takes place in an urban city in South Korea with multiple skyscrapers and floors to navigate. “Manifest” is set in Singapore and focused on close-quarters combat amidst numerous shipping containers and automated cranes (channeling Battlefield 3’s Close Quarters expansion). “Orbital” is medium-sized and set in French Guinea with a rocket launch (that can’t be used to head into space, sadly). “Discarded” takes place in Alang, India with water everywhere and a large ship with a stealth submarine called the Colossus.

“Renewal” is set in Egypt’s eastern desert with one half having worn-down buildings and canyons while the other is a “futurist farmland.” Finally, “Hourglass” takes place in Doha Qatar and its “rolling sand dunes allow for high speed vehicle-to-vehicle combat across vast open spaces” as a dynamic sandstorm causes chaos. Of course, with DICE LA working on a separate mode, there could be other maps that are yet to be revealed.