Assassins creed origins is the 10th outing for the franchise and comes from the studio who brought us Assassins creed: black flag. I waited till I got my xbox one X to do this review as i wanted to have the best version available for my review. Assassins creed took a break from the scene over the last year to give the team time to polish and work on origins which surely show as the title is gorgeous and the graphics are quite good and the open world scenery is vastly detailed from pyramids to the local buildings, a nod to the develops is due. Assassins creed: Origins is set in the Egyptian dynasty and touts it been the first time the assassins creed began. 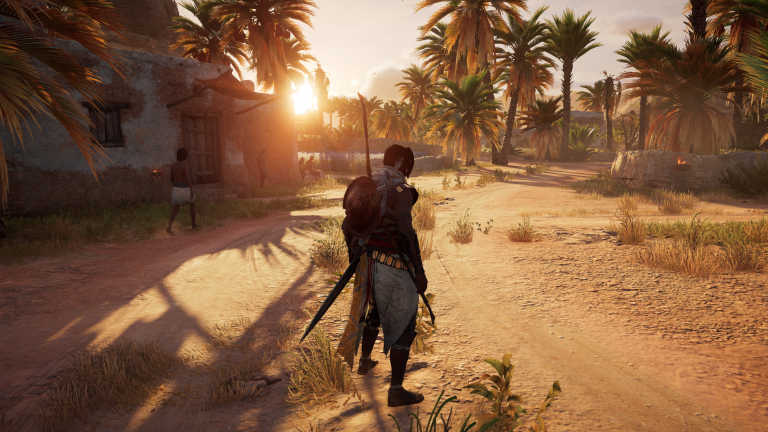 The story in Assassins creed Origins is one of revenge as you play the character Bayek and his wife Aya who are looking to kill all who played part in the death of their son who turns out to be a lot of members of a secret group who's identification you must find out then assassinate. In present day, you play as the Abstergo's employee Layla Hassan who is aided by fellow Abstergo employee Deanna, where she constantly uses the Animus in present day Egypt in a cave with tombs. In this you take part in missions with Bayek as soon as Layla steps into the animus and the sequences begin. As Bayek is a medjay, he is a known protector of his homeland of Siwa where your missions start. 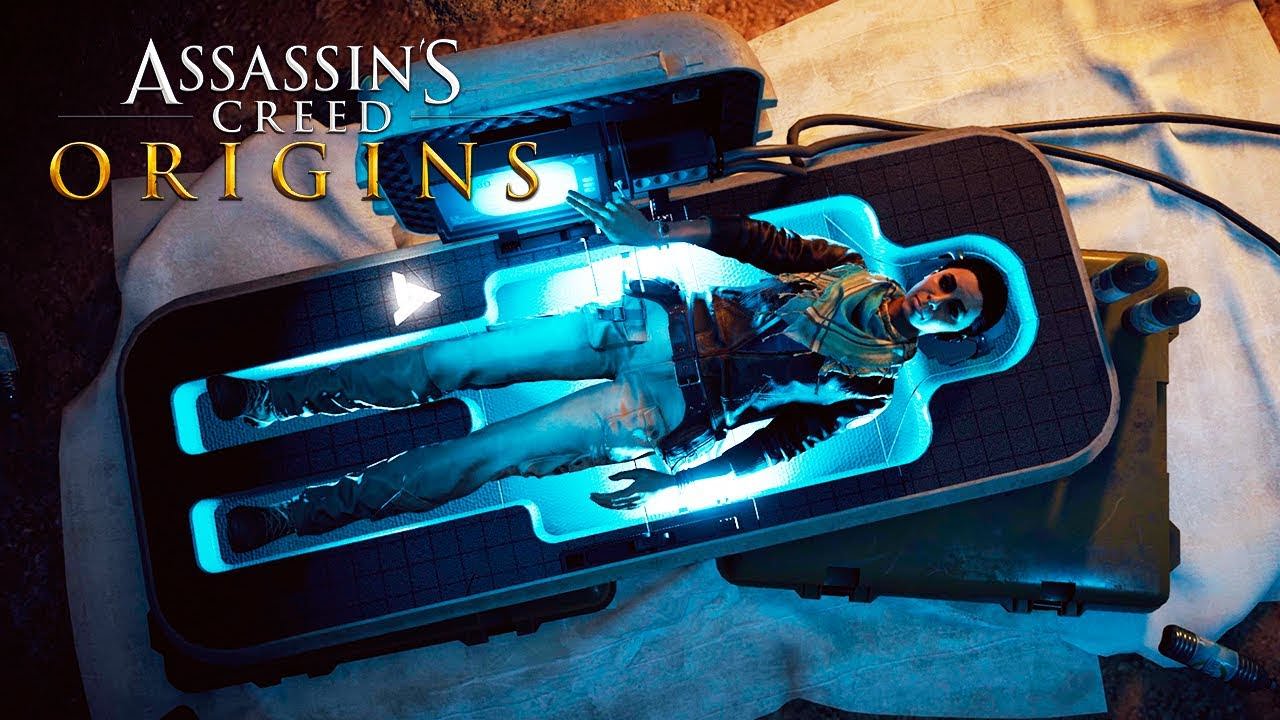 On your missions you have the help of your pet eagle called Senu, which is similar to past titles eagle vision where it gives players the ability to scout ahead. Senu can now rag multiple targets and slow down time to narrow into targets and Bayek can upgrade abilities that let you use Senu to attack targets also or distract them. Bayek can also tame other animals around the open world in Assassins creed: Origins and fight others like crocodiles to hippos, using various weapons like dart pipes to tranquilizer arrows. 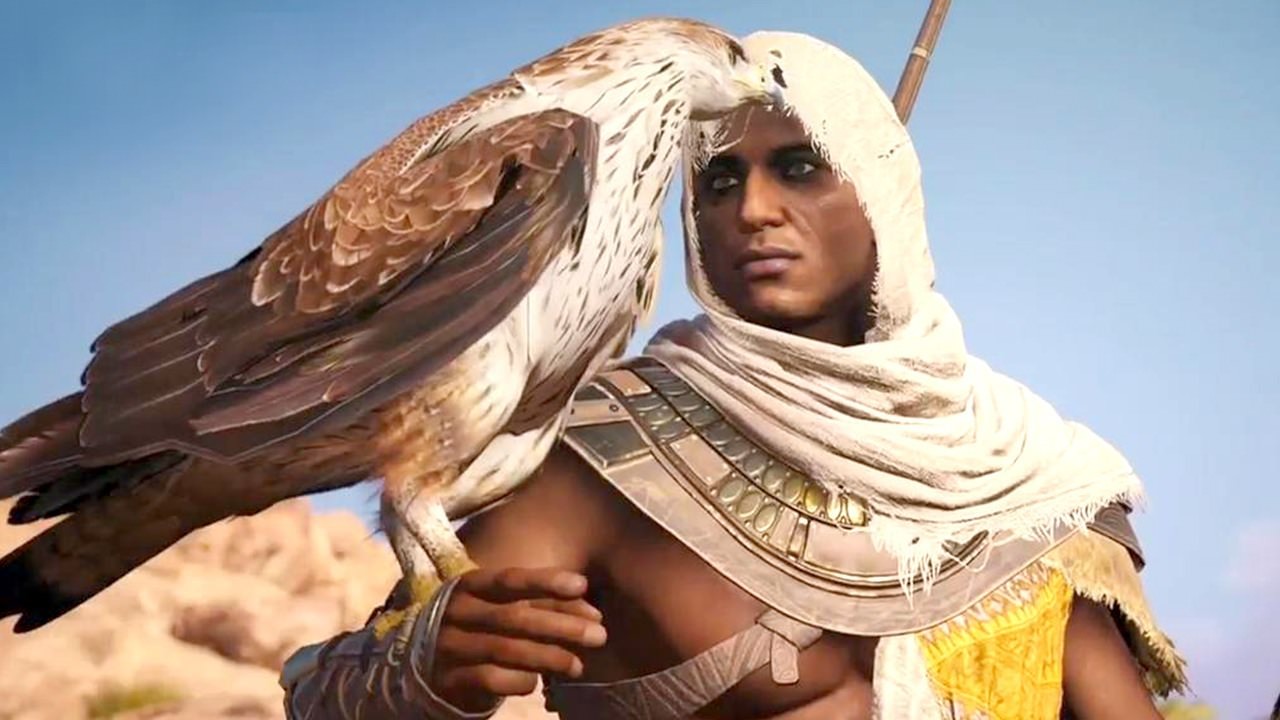 Like other Ubisoft games, Asassins creed: Origins introduces a color orientated weapons system that determines weapons strength and durability by color. Purple for example would be one of the highest grade of weapon sets and there are many different sets from maces to bow n arrows to single and double swords. Weapons can also be updated throughout the progress of the game, increasing the damage and other specific values of the weapons like show below. 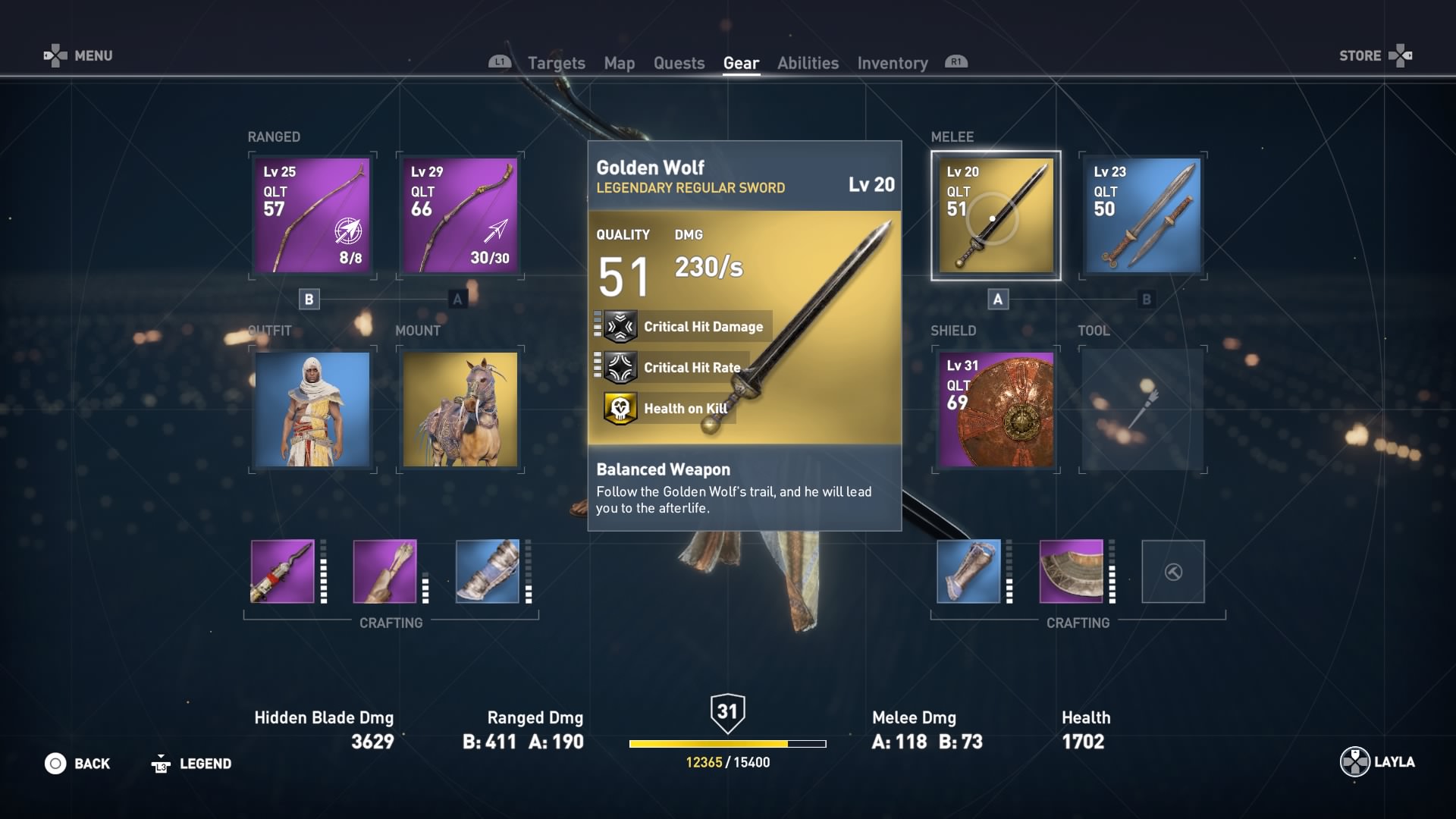 This is where the new RPG element comes into play in assassins creed: Origins, where you the player can earn XP and trade with NPCs that can offer to buy your weapons or offer updates if the NPC is a blacksmith or offers upgrades for your steed. This opens a lot of side missions also you can participate in to earn money and weapons, which also can add to the one player story so compliment it where possible which usual open up with various well show cut sequences.

The combat system in assassins Creed: Origins has been changed also, giving way for more weapon style combat, which changes from the previous assassins creed titles where you would "lock" onto a NPC and then fighting would be a on-rails type fight animation which was pretty bland and got you into trouble a lot. In Assassins creed: Origins this has changed where you would just swing your weapon in the direction of whichever NPC you like and you feel more in control of the fighting animations.

Assassins Creed: Origins is the first of the assassins Creed series to get the 4k treatment, specifically on the xbox one X new console just released the week of release. The graphics in my review copy of the game i tested on my xbox one x on a my 43" UHD 4k TV and they looked superb! There is slight draw but for the most, Assassins creed: Origins performs very well and looks fantastic on a 4k TV. The animations and voice acting is very good and the story plot is easy to underdstand. You ride a horse or camel around the various areas in the game and for the most, their animation is acceptable, bar one time 2 horses spawning in the one which was weird.

I have and will continue to enjoy playing Assassins creed: Origins and besides some little issues, is a great game that will keep you busy playing side missions and wondering around it's vast open world, whether it be hunting or taking place in a fighting tournaments. With plans to add more DLC to assassins creed origins in the future, there is plenty to keep the gamer happy and recommend anybody to pick this title up as it's one of the better assassin creed games i have played in a good while.