Ubisoft have confirmed that Assassin’s Creed Valhalla is going to be out this Holiday season for PC and all current and next-gen consoles (minus the Switch), and though an exact release date hasn’t been officially announced, a listing for the game on Amazon Italy may have outed the same.

Spotted by a user on Reddit, the game’s page on Amazon Italy briefly mentioned a release date of October 15. The page seems to to have been updated since then and now shows a regular placeholder listing for December 31, but you can view a screenshot of the older listing below (via VG247).

An October release date makes a lot of sense for an Assassin’s Creed game, looking at previous releases in the series. Starting with Assassin’s Creed 3, every single mainline game in the series – with the exception of Rogue and Unity – has come out in October. It’s possible that Valhalla comes out for PC and current gen consoles in October, and is available on next-gen consoles when they launch. It’s also worth noting that another retailer leak not too long ago mentioned an October 16 launch for Valhalla. 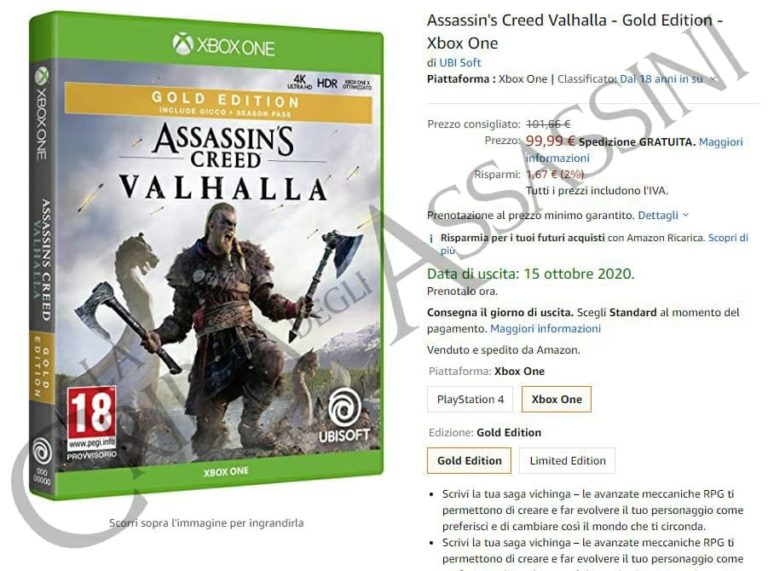