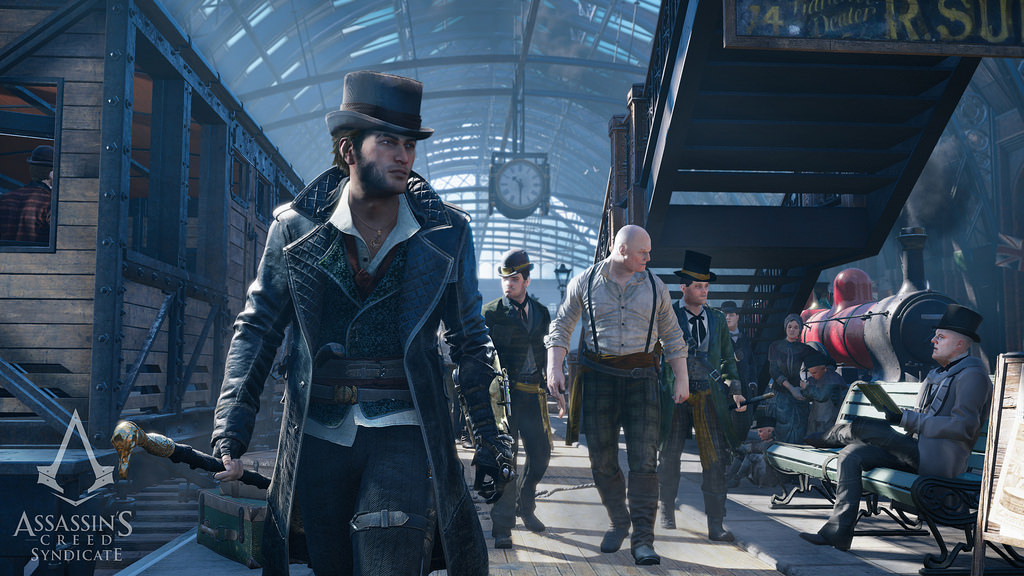 I had just replayed Assassins Creed: Black flag recently so was looking forward to getting into Assassins creed syndicate as soon as possible and hoped it had improved on a great game. Syndicate is based around the 1800's and is set in London, specifically Westminister, the Thames, the strand, whitechapel (jack the ripper) and more. You get to make your way around the game in various different ways which can go from hoping on steam engines to horse drawn carts and boats. Syndicate differs from other Assassins creed games in this respect as it just doesn't limit you to rooftop excursions.

You begin liberating the various boroughs of London by defeating Templar-controlled gangs, sabotaging Templar-controlled businesses, assassinating high ranking Templars, and building up their own criminal gang called the Rooks. You come across many famous historical characters in Assassins Creed syndicate like Charles Dickens, Alexander Graham Bell, and Florence Nightingale. You get to do missions for a group known as the ghost club where you get to investigate a haunted house for example.These historical interactions fit neatly into Syndicate's overall flow, and the game gives breathing room to each individual story. 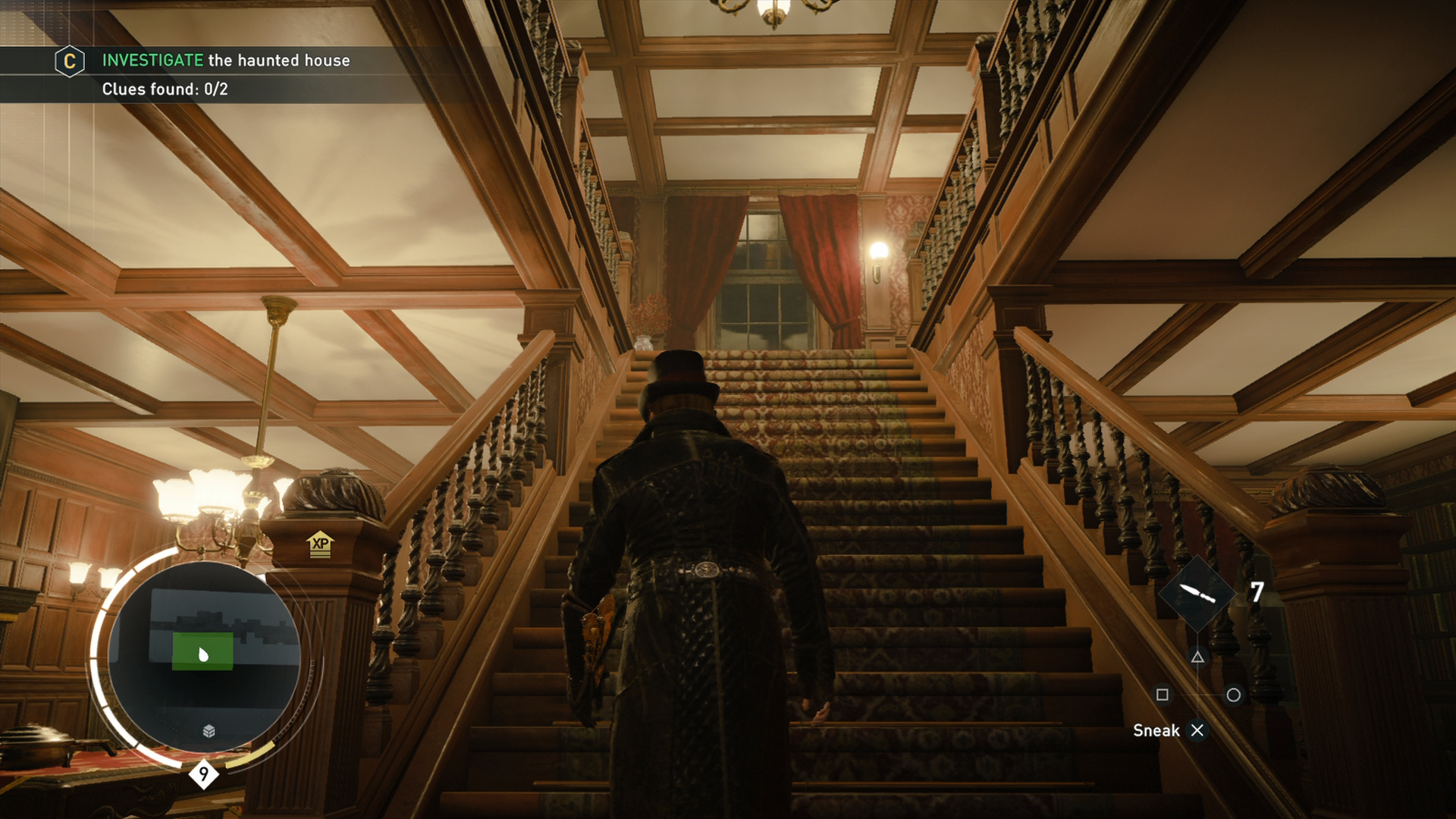 While playing through assassins creed syndicate you get to join a gang rooks where you get to do many missions like helping out the law taking on bounty hunter duties to earn money by taking down criminals. You get to build up the gang and liberate others.Using in-game currency, you can unlock perks for your gang, such as sturdier carriages and cheap access to hallucinogenic darts. You can even pay off policeman to turn a blind eye to some of your illegal activities and assemble an army of children to bring you crafting items on the streets.

As you go around finishing all the main story missions dethroning all the gangs in the London underground, you can do side missions which range from dropping things off to killing someone to collecting letters and more. You can also kidnap enemies for ransom then put them inside horse carriages and take them to a drop-off point to earn cash and notoriety. You get to try n foil bank robberies and investigate templar business also, Side missions in the game reflect the fight for power in London in the game. There is a lot to do in assassins creed syndicate and it's main city of London is about 30% bigger than Assassins creed unity so there is plenty to keep you AC fans going for some time, specially if you like to try and find all artifacts and pick ups. 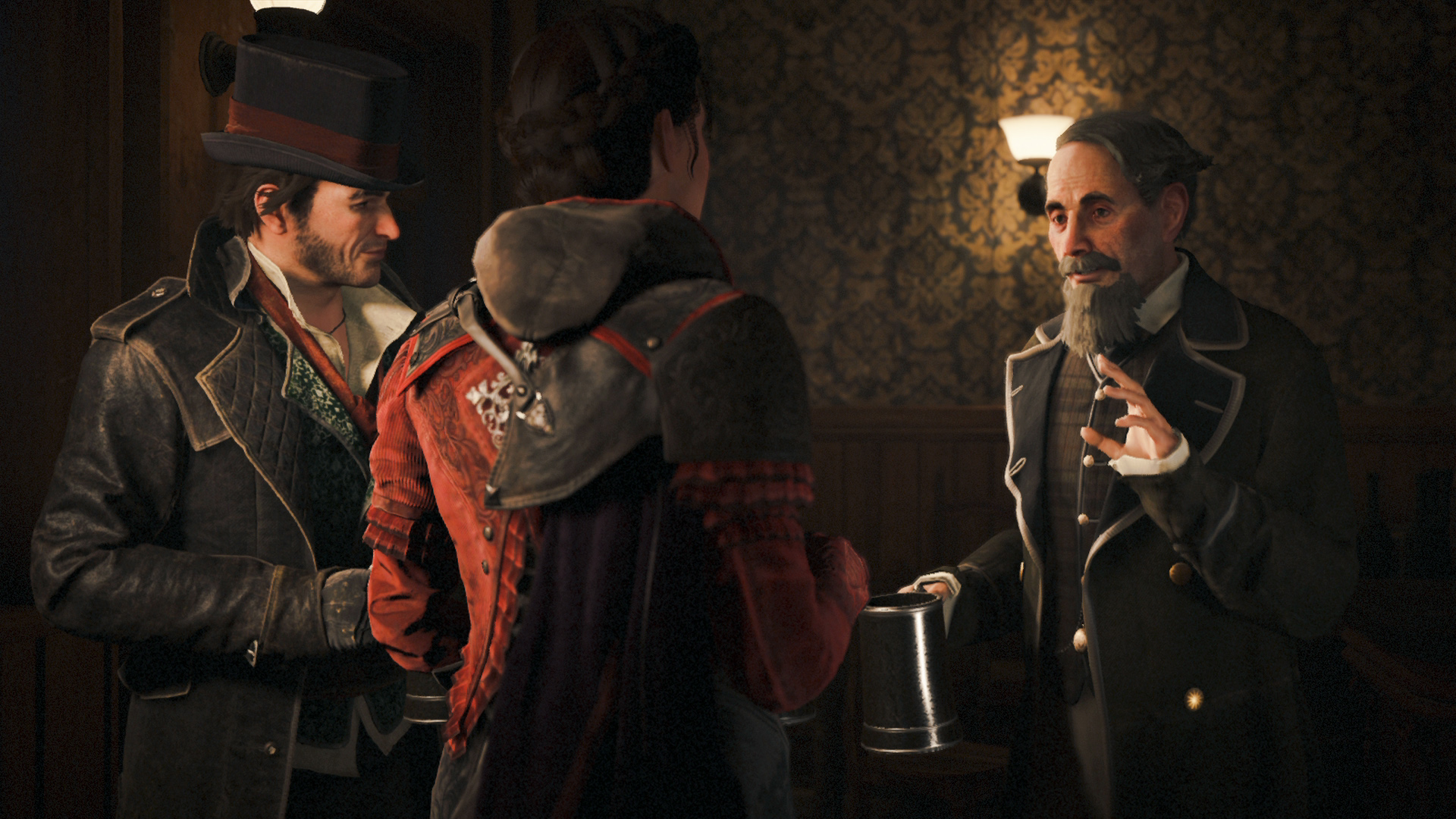 Twin assassins, Jacob and evie Frye, are who you control in the Assassins Creed Syndicate, Jacob Frye, the brawler, specializes in close combat, bare knuckle/melee combat while his sister Evie is strong in stealth and relies on her intelligence and wit. The Assassins' main weapons this time around include brass knuckles, a compact revolver, a cane sword and the traditional Nepalese curved kukri knife and combat is faster-paced than before with latency having been cut in half and multiple enemies attacking the player at once although the controls can become out of hand at times where the characters seem to be fighting people i was not telling it to, almost as if the controls were unresponsive in some bouts.

Assassins creed syndicate got a news combat control system that tries to be as fluid as possible but comes across a lot of the time as unresponsive and you lose control of what enemy you are attacking or having a melee combat with and can get the player into trouble in a small area. 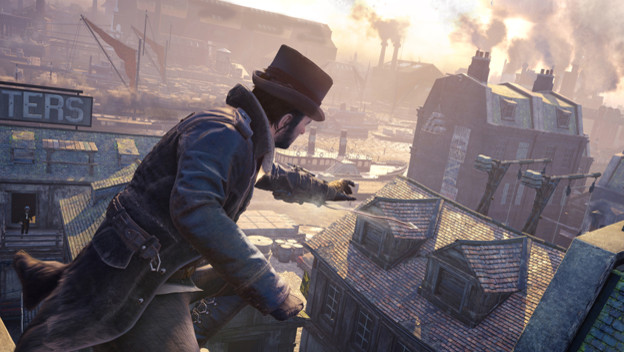 The rope launcher was good fun and it allows the player to rappel up structures as well as create a zip-line between buildings, and carriages, which can all be piloted or simply occupied by the player, and you could also use it on trains also. You can have lots of fun with the rope launcher and i found it to be a great addition to the assassin creed franchise and hope to see it back in the next installment. 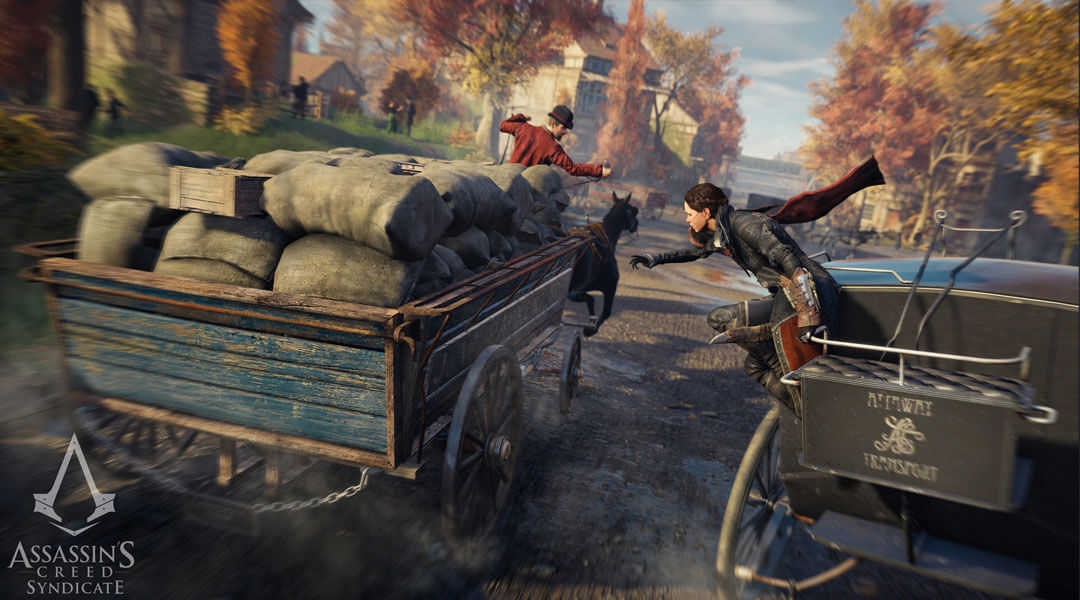 In assassins creed syndicate you have a few different ways of getting around London or ways you will use vehicles in the game, you get to drive a horse and cart around that you actually get to drift around corners and earn an achievement for doing so! You also get to ride on boats down the Thames as well as ride on top of carriages of others or on steam engines.

Pros
Cons
Final Verdict:
Assassins Creed Syndicate is just another Assassins creed game but it has improvements where was needed and a big improvement on the broken assassins creed unity. The graphical update was nice but there is still room for improvement. The next Assassins creed game needs to have some form of multiplayer, if not a co-op like unity but with out the issues, lesson learned and all. In all aspects, Assassins Creed Syndicate is a great game and delivers for it's fans and i rate it up there with it's other decent AC games like AC:2 and AC:blac flag.