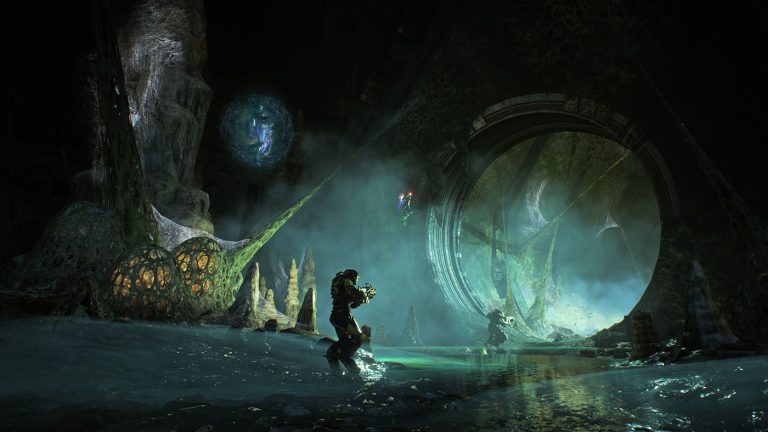 We’ve been seeing gameplay walkthroughs of Anthem recently that show footage from entire missions. After a video for the mission “Lost Arcanist” a couple weeks back, followed by one for the mission “Preventive Precautions” just a few days ago, we now get to see the mission “Hidden Depths” (courtesy of IGN)- and I have to say, it’s the best of the bunch so far.

There’s a lot to take in here- going from collecting fragments of a map to piece together the ultimate destination for the mission, to diving deep into an underground chamber in a cool-looking dingy environment, to a big boss battle at the end. Along the way there’s some underwater Javelin exploration, plenty of combat, and more- and, of course, visually the game is looking stunning as always. if you’re looking forward to Anthem, there’s certainly a lot to be excited about in this video, so take a look below.

If you want to see even more gameplay footage other than what all these missions have already showcased, recently we also got a good look at the single player hub area Fort Tarsis. Take a look through here.

Anthem’s demo goes live later this month– the game itself launches on February 22 for the PS4, Xbox One, and PC.