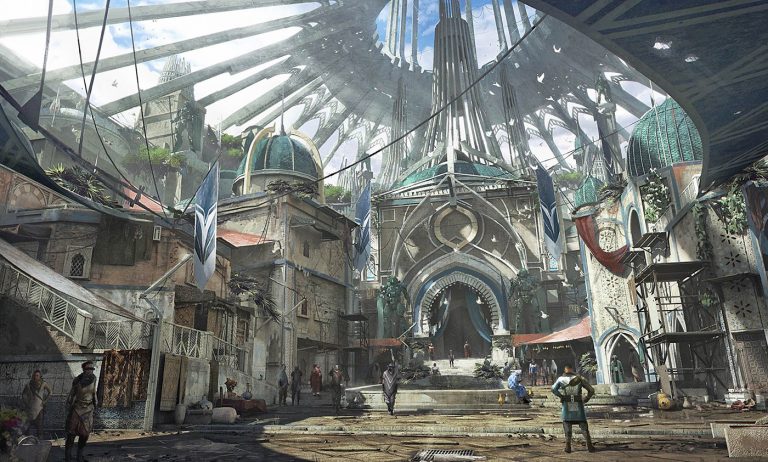 This new footage focuses on the single player hub area of Anthem known as Fort Tarsis.​

We’ve been treated to a great deal of footage for the upcoming shared world looter shooter Anthem recently. From freeplay exploration in the open world to an entire mission within the game, we’ve seen plenty of the game in action by now. Courtesy of IGN, we’ve now received seven more minutes of gameplay footage.

The video focuses on Fort Tarsis, the single player hub area of Anthem, where players can pick up quests, advance the story, talk to NPCs, and more. The footage shows exploration of parts of Fort Tarsis, as well as interaction with NPCs, including the game’s (decidedly more rudimentary) dialogue system. It’s looking pretty good so far, at least based on the little that the footage shows, so if you’re interested, take a look below.

We’ll be able to experience it all for ourself pretty soon. Anthem’s demo goes live later this month for VIP access, before being made accessible to everyone else a week later. Recently, BioWare confirmed once again that the game won’t have any loot boxes- read more on that through here.

Anthem launches in full on February 22 for the PS4, Xbox One, and PC.