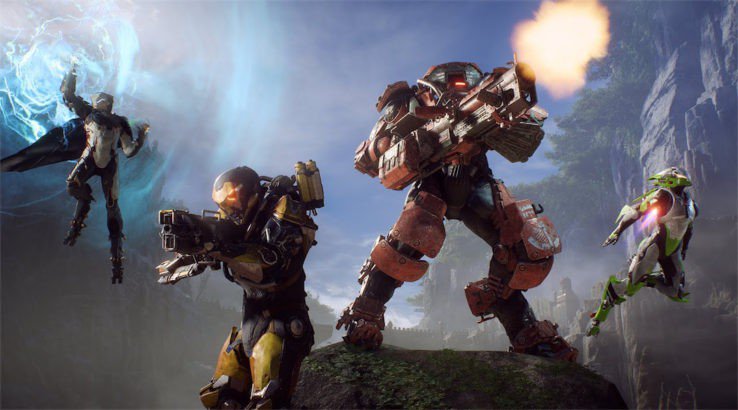 Anthem is just a couple of weeks away from launch. As BioWare’s first crack at multiplayer gaming, there’s a lot of curiosity around it, and as their first major new franchise in a decade, there’s plenty of excitement too. To ramp up that excitement even more, EA have put out a launch trailer for the game- say what you will about what the game looks like, the trailer, at least, is all kinds of cool.

It showcases the different abilities of attributes of its four Javelins perfectly, from the hulking and tanky Colossus to the agile and deadly Storm with its up-close melee attacks. Plenty of combat footage is shown, and the visuals, too, are looking top notch. There’s plenty to take in here, so take a look for yourself below.

Anthem’s demos had issues, but according to BioWare, performed better than they had expected. The game itself is expected to do as well, with EA estimating 5-6 million sales within the first month or so. After launch, BioWare has already confirmed what’s coming up, while they say there’s even more stuff to come other than that. Anthem launches on February 22 for the PS4, Xbox One, and PC.