ALL THE XBOX SERIES X LAUNCH TITLES THAT WE KNOW ABOUT 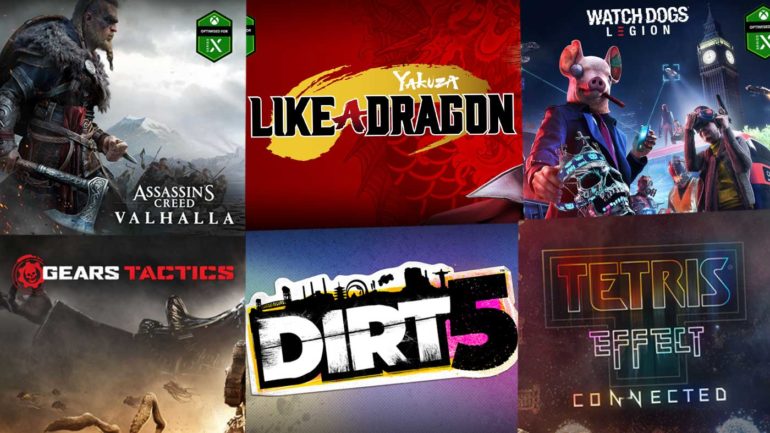 It’s also worth mentioning that all Xbox One games will play on the Xbox Series X on day one, so Cyberpunk 2077 for instance, which is getting released the week after the Xbox Series X will run on the console (and presumably run better, with faster load times), but because it’s not specifically getting an Xbox Series X version/update until 2021, it doesn’t feature on the list.

ASSUMED XBOX SERIES X LAUNCH GAMES
Whilst we know that all of these games will release on Xbox Series X, and it’s assumed they’ll all be available on November 10th, there hasn’t been specific confirmation that they’ll be there on day one.
FIRST-PARTY XBOX ONE GAMES THAT WILL BE XBOX SERIES X ENHANCED AT LAUNCH
There’s a lot of Xbox One games that will receive upgrades for Xbox Series X and these are the ones that Microsoft has specifically mentioned as being there in November when the consoles launches.
XBOX SERIES X GAMES THAT ARE COMING DURING THE LAUNCH WINDOW
These are the Xbox Series X games that will be releasing in the immediate future following launch all the way through to mid 2021.