15 Upcoming First Person Shooter Games of 2018 And Beyond

One thing you can be sure of in this day and age – there won’t ever be a shortage of shooting games. Be it multiplayer titles, co-op titles, Call of Duty and Battlefield, or dark fantasy, there are some pretty good shooters coming up in 2018 and beyond. Let’s take a look at 15 of them here. 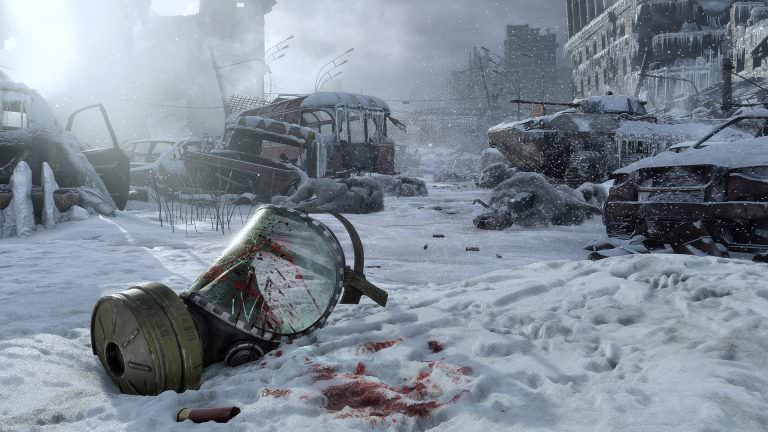 Call of Duty 2018
A new Call of Duty will be releasing this year. Surprise, surprise. Given how we know Infinity Ward and Sledgehammer Games have had their turn, Activision would confirm that Treyarch is up next. Even more surprises! Now, the rumours that this may be Call of Duty: Black Ops 4? Even less surprising but it would be interesting to see where the franchise goes, especially given the augmented reality/mind-jacking mess that was Black Ops 3.

Electronic Arts has confirmed that a new Battlefield will be out this year, which is the reason why Bioware’s Anthem was “moved forward” (not “delayed” guys, don’t use that word) to early 2019. We honestly don’t know what to expect though EA’s comments on wanting on do something in the Battle Royale genre could be a clue. Regardless, expect a reveal either a month before or at E3 2018.

Ubisoft is offering quite the experience with Far Cry 5. Not only has the open world exploration been revamped to encourage you to actually explore, but you now have full character customization, different allies with wacky personalities and US soil as the setting. The bombastic nature of the series hasn’t changed and Joseph Seed appears to be a formidable protagonist. We’ll see for ourselves if it’s worth the wait when Far Cry 5 releases on March 27th.

The set-up for Metro Exodus was simple – our hero Artyom travels to the far east to start a new life away from post-apocalyptic Moscow. Though not open world, it would have sandbox and linear levels, new threats to battle, and environments that change with seasons. The last point interests us because Metro Exodus takes place over a single in-game year but there’s still time to learn more as the game launches in Q4 2018.

Unfortunately, it seems that the System Shock Remake from Nightdive Studios will be coming “beyond” 2018. The developer recently put the game on hiatus, feeling it strayed too far from the concepts that made the original game great. As such, it will be targeting a release in the next 18 to 24 months. Hopefully System Shock 3 hasn’t suffered many setbacks.

Speaking of which, for those not in the know, System Shock 3 is a thing. Taking place after the events of the second game, nefarious things are afoot. Former Looking Glass developers are on-board along with Warren Spector, who’s in charge of OtherSide Entertainment which is working on the game. There’s no release date yet but at this rate, it might as well be out before the System Shock Remake.

Id Software re-enters the arena of, well, arena shooters with Quake Champions. Boasting an experience tailor-made for PCs and high-speed competition, Quake Champions actually throws in quite a bit of hero shooter elements like different characters and abilities. Granted the game is in Early Access and in need of numerous improvements (map design, net code, you name it) but we’re still excited at its potential in the PvP shooter realm.

The next Halo is indeed happening and it is indeed a first person shooter from 343 Industries. And that’s pretty much all we know about the game. The developer has noted that “future” Halo titles will bring back split-screen multiplayer, something which Halo 5 garnered a lot of flak for not having. But what will the story of Halo 6 be? When will it release? Those are questions that still need answers.

Escape from Tarkov has been described in a number of ways. It’s a PvE experience where you gather different gear. However, it has other players out to get you which quickly turns into a game of survival as you struggle to escape. Along with this, there’s a highly realistic military shooter underneath complete with a STALKER-esque aesthetic. You can even play as the AI if you want. Escape from Tarkov is currently in closed alpha stage with no release date for PC.

Skaven and Chaos are teaming up and it’s up to you and your friends to stop them. Much like its predecessor, Warhammer: Vermintide 2 features co-op combat with equal parts hacking and shooting. New this time around are Career Paths to further customize your heroes, brand new levels, Heroic Deeds that will mix up certain levels and objectives and more. Warhammer: Vermintide 2 is out on March 8th for Xbox One, PS4 and PC.

Tower of Guns developer Terrible Posture Games is back with another bullet hell/FPS title in Mothergunship. Craft your own guns, fight against a fleet of aliens and eventually, you’ll take down the Mothergunship. Co-op support, a deep customization system, large bosses and sharp visuals provide for an intriguing experience. Mothergunship doesn’t have a release date yet unfortunately.

Space dwarves mining for riches never had it tougher, especially with hordes of aliens laying in wait. Deep Rock Galactic combines mining and exploration with lots and lots of shooting. Different classes are available like the Gunner, Engineer, Driller and Scout. Yes, there’s a class devoted exclusively to drilling – that’s how serious this operation is. Deep Rock Galactic goes live on Early Access and Xbox Game Preview on February 28th.

The Astronauts, who developed The Vanishing of Ethan Carter, go back to their Painkiller/Bulletstorm roots with Witchfire. A fantasy horror setting with gorgeous environments meets fast-paced shooting and spell-casting – it may sound cliché but Witchfire looks refreshingly organic and grim. Let’s see if it can provide a long enough experience.

GTFO is yet another co-op FPS out this year but this one is a mesh of Payday and Left 4 Dead. You and three other players are in charge of scavenging a dark complex wrought with mystery. Oh and monsters attack because of course they do. Survival is of the utmost importance and you’ll unearth different kinds of gear to help you fare better. With an Expedition Director changing up the experience, GTFO promises an intriguing mesh of well worn tropes.

Did anyone ever think Adrian Carmack and John Romero would ever work together again? Blackroom wants to be as fast and brutal as the early days of id Software’s games. That means circle strafing, rocket jumping and what have you. Along with multiplayer, there is a story mode which focuses on virtual reality and horrifying simulations. It’s an excuse to shoot stuff and we’re fine with it. Developed on Unreal Engine 4, Blackroom is out in Winter 2018.
You must log in or register to reply here.
Share:
Facebook Twitter Reddit Pinterest Tumblr WhatsApp Email Link